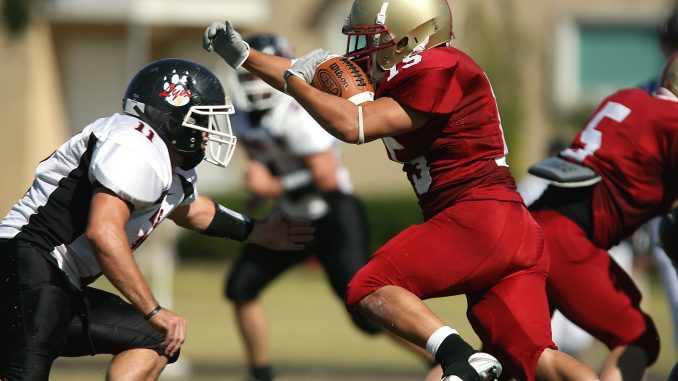 The NFL have just announced that there will be 4 regular season games to make up NFL London 2019.  The announcement comes off the back of another successful NFL International Series with record attendances.  The NFL have announced that there will be 2 games to be played at Wembley and 2 games to be played at the new Tottenham Hotspur Stadium.  It was proposed that the Tottenham Stadium would be used in NFL London 2018 but the stadium was delayed in terms of completion.

For NFL International Series 2019 the NFL has confirmed that we will see the Chicago Bears at the Oakland Raiders. This will take place on Sunday, October 6th at the new Tottenham Hotspur Stadium with kick off being at 1800 BST. In the second London game, also at Tottenham, the Carolina Panthers are at the Tampa Bay Buccaneers on Sunday 13th October with kick off at 1430 BST. Next, the Cincinnati Bengals take on the Los Angeles Rams, this time at Wembley Stadium on Sunday, October 27th with a 1700 GMT kick off.  And finally, at Wembley Stadium we have the Houston Texans at the Jacksonville Jaguars which will round things off on Sunday, November 3rd at 1400 GMT. These teams will make up 5 NFL International fixtures in 2019, 4 of which will be played at NFL London, the fifth to be played in Mexico.

NFL London Tickets for the 4 2019 games are now on sale. Tickets sell out very quickly and once this happens they are only available legitimately through resale sites and we recommend StubHub for the best experience.